Mr Patrick Leonard (Paddy), the founder of Weighing Machine Services Ltd, got his first insight into the Irish weighing sector as a young boy. Paddy’s father John Leonard (Johnny) would tell him stories of how he fixed mechanical weigh bridges for some of Irelands most prestige companies such as Jameson’s Irish Whiskey & Guinness (Pre 1950s). Johnny was highly sought after by all the Irish scales companies, and he worked for them all at one point in time. (H. Evan & Son, Avery, Berkel & Scalemakers of Ireland). Johnny had a great knowledge of mechanical scales and could commission weighbridges faster than any of his co-workers which allowed him to easily move between companies. 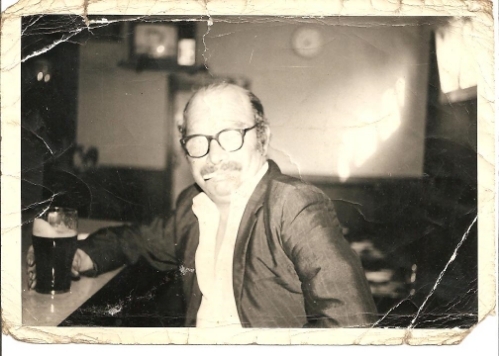 In 1958 Johnny got his oldest son Sean an apprenticeship with H.Evans Shop Equipment, who were importers of Berkel scales into Ireland. In 1961 Berkel scales setup in Ireland and Sean went to work directly for them until his retirement in 2014. In 1965, Johnny then got Paddy an apprenticeship with Scalemakers of Ireland where Johnny & Paddy worked together until Johnny’s retirement in 1975.

In 1978 during the closure of Scalemakers of Ireland some customers asked Paddy if he would continue to service & maintain their scales so Paddy setup “Patrick Leonard Services”. He was given the old company van instead of his redundancy and later he attended the liquidation auction of Scalemakers of Ireland. He purchased all the spare parts & some workshop equipment. Today we still use some of this equipment in our factory.
As the service side of the business took off, Paddy’s customers began to ask him to supply them with new scales, so in 1983 He signed a contract to import Ishida scales. Ishida are manufactured in Japan. The company was the first scales company in Ireland to sell the scales they imported to both trade & end user customers, until then retail customers bought directly from the importer.

As the company continued to grow, as a wholesaler of weighing equipment Paddy decided to changed the name of the business in 1984 to Weighing Machine Services. The following year we began to import our second range of scales from Tanita which were also manufactured in Japan, followed shortly by our third range from Jadever in 1987 which was then made in Taiwan. In 1990 we became a limited company with two directors being Paddy & his wife Josephine. Later that year after visiting a trade show in Italy Paddy then signed a contract to import food slicing machines from Noaw.

In May 1993 the European Communities placed an anti-dumping on several Japanese scales companies. Any European importers of Ishida scales were charged 31.6% extra on top of the normal import duty tax which led the way to us looking for a new European supplier of scales. This is when we began to import from a Spanish company, Dibal. Today we are still Dibal’s only importer in Ireland.

In 1995 Paddy’s oldest son Robert joined the company. Robert was tasked with goal of achieving the ISO-9000 standard for the company which he later did that year. We were the 1st Irish weighing scales company to become ISO-9001 approved. As time moved on we became involved in the supply & repair of printing retail scales. In 2003 we installed our first multi-store scales networked using eircom telephone lines. This allowed the store owner to manage their scales in several different locations from one office.

In 2005 Paddy’s second son Patrick joined the company and we opened our on-line store where end-user customers could purchase our scales on-line. Today our website offers customers sales, support, informational videos & user manuals for our machines.

We use cookies to ensure that we give you the best experience on our website. If you continue to use this site we will assume that you are happy with it.
By clicking “Accept”, you consent to the use of ALL the cookies.

But opting out of some of these cookies may have an effect on your browsing experience.
Necessary Always Enabled
Necessary cookies are absolutely essential for the website to function properly. These cookies ensure basic functionalities and security features of the website, anonymously.
Functional
Functional cookies help to perform certain functionalities like sharing the content of the website on social media platforms, collect feedbacks, and other third-party features.
Performance
Performance cookies are used to understand and analyze the key performance indexes of the website which helps in delivering a better user experience for the visitors.
Analytics
Analytical cookies are used to understand how visitors interact with the website. These cookies help provide information on metrics the number of visitors, bounce rate, traffic source, etc.
Advertisement
Advertisement cookies are used to provide visitors with relevant ads and marketing campaigns. These cookies track visitors across websites and collect information to provide customized ads.
Others
Other uncategorized cookies are those that are being analyzed and have not been classified into a category as yet.
Save & Accept